If you are one of the lucky few who can be flexible in vacation travel, taking fall vacations can be a great bargain for you. There are a number of special things going on to capatalize on plus summer venues still looking for the last of the tourist dollar. Top summer destinations are usually great fall bargains. The weather can still be gorgeious and the crowds gone. Take a look at Cape Cod and Martha’s Vineyard during this time. Hawaii is typically a bargain in September. The summer crowds clear out and there are a few months before the holiday crowds start to come in.

Look to Europe during this time, too. Many cities emptying out from the summer tourist crush are still hungry for visitors. Weather can be great and look for special deals on packages that combine airfare, hotel and transfers plus a tour or two. Colder European destinations can be a special bargain and look for great deals to Russia and Scandinavia around this time of year. For other ideas look to respositioning cruises. This is when cruises lines move their ships around to follow the sun. Most people want to cruise to the warmest, most pleasant regions of the world. Ships float and therefore they can pick up and just move from one side of the world to another to follow the sun. 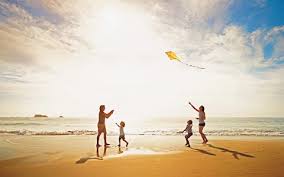 Most Alaska, Europe, Mediterranean and Bermuda cruises, for instance, are offered in the summer when the weather is the best in those regions. For cruises to South America, the preferred time is winter (our winter, when it’s summertime in the southern hemisphere). The Caribbean is warm year-round, though since hurricane season stretches from June through November, the optimal time to cruise the islands is winter and spring, though many ships are there year-round. In Asia, since much of the cruising region is near or just north of the equator, temps are very warm year round, though the wintertime months are slightly more comfortable.

To be in all of these places at the right time, ships reposition from one region to another, typically between seasons, during the months of September and October and April and May. These one-off oddball itineraries are called repositioning cruises and they’re often deeply discounted because most don’t include a whole lot of port calls. Many are two to three weeks in length, with a long, lazy stretch at sea crossing the Atlantic, Pacific or Indian oceans — perfect for people who don’t need too much action, though many lines feature guest lecturers and special entertainment and activities revolving around music, food, wine or other topics. You’ll find some repositioning cruises that don’t include crossing over vast oceans and therefore offer more ports of call — for example, when ships move between the Caribbean and New England/Canada, stopping at points on the eastern coast of the US along the way. There are a slew of options.